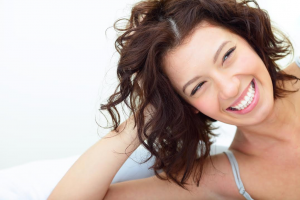 According to the American Association of Endodontists (AAE), there are three major misconceptions many people have regarding root canal therapy. Unfortunately, these patients may make decisions about their health care based on this incomplete or inaccurate information. Take a look at these myths and truths behind this important treatment option.

This commonly held perception predates modern dentistry. Patients who have actually experienced root canal therapy are 6 times more likely to describe the procedure as painless than those who have never had the treatment.

In reality, the only pain that is generally associated with root canal therapy is caused by the underlying reason for the treatment – tooth decay or infected or diseased tissue. The root canal treatment removes this damaged tissue from the tooth, relieving the pain in the process.

This unfortunate belief stems from a long-discredited report from nearly 100 years ago that still turns up during internet searches. This report by Dr. Weston Price was highly criticized in its own time for the sub-standard research methods he used, and his conclusions were being debunked as early as the 1930s.

Truth 2: There Is No Scientific Evidence Whatsoever That Suggests Root Canal Treatment May Cause Other Illnesses or Infections in the Body

In fact, root canal therapy has been proven to have a much lower incidence of bacteria entering the bloodstream than tooth extraction and causes much less trauma to the patient. Recent research has also found that patients who have had multiple root canal treatments have a 45% lower risk of cancer than patients who have not.

Sometimes a tooth cannot be saved. When that happens, extraction is far better than leaving a diseased tooth in place. However, there is no perfect replacement for a natural tooth. Even the best tooth replacement options may leave you needing to avoid certain foods. Additionally, missing teeth can lead to jaw bone resorption over time.

By saving the natural tooth whenever possible, doctors and patients avoid the need for further, more costly restoration treatment. Root canal treatment has a very high success rate and can often allow the natural tooth to last a lifetime.

Our doctor makes every effort to preserve your natural teeth whenever possible. We will review your oral health needs carefully before recommending any treatment.

For more information or to schedule a consultation, contact our office.

Dentist in Arlington Heights, IL
Primary (or baby) teeth play a vital role in the proper growth and development of your child’s permanent teeth.…

Read More
Categories
Recent Posts
Back to the top